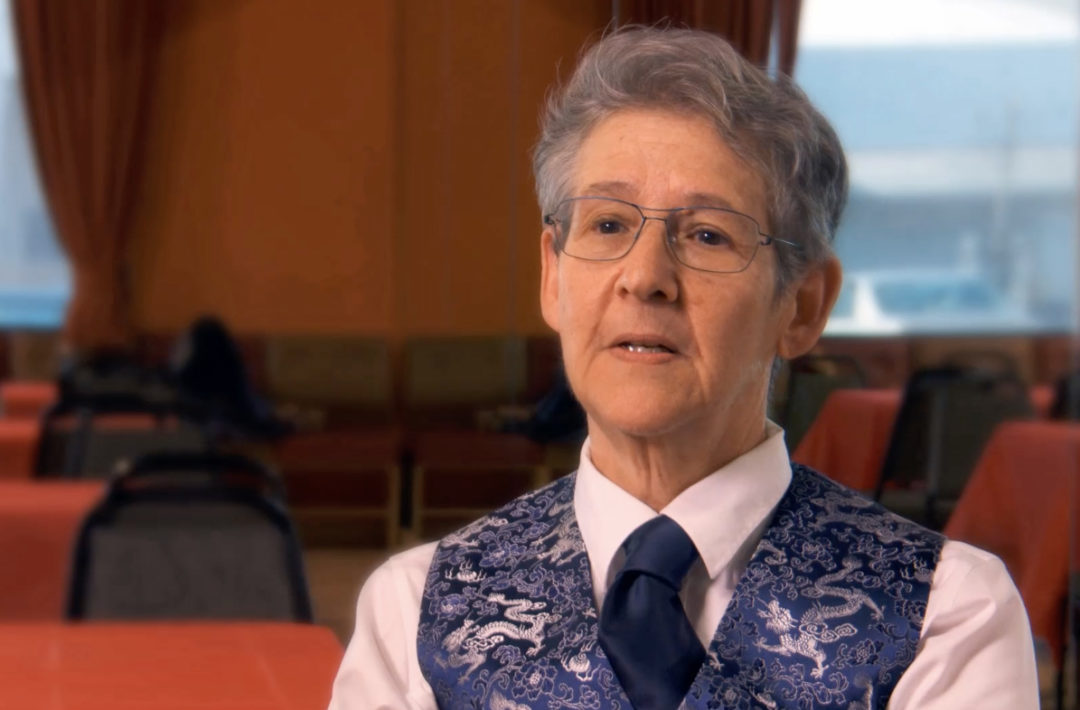 After a long and impressive career in banking and finance, including many years with Wells Fargo — combined with a commensurate track record in non-profit experience —  Barbara took on a second “career” built around her passion for same-sex dance and the dance community. She was a founding member and treasurer of the Bay Area Same-Sex Dance Association, and chaired their April Follies annual competition organizing committee (as well as competing herself) for 8 years, stepping down from this role in 2017. She was also founding member and President of the North American Same-Sex Partner Dance Association (NASSPDA), and produced the dance competition at the 2014 Gay Games. She currently serves as NASSPDA Secretary.

Barbara herself first competed in ballroom in the Sydney Gay Games 2002, then again in the Chicago Gay Games 2006, and the Cologne Gay Games 2010, as well competing in Argentine Tango in the Cleveland Games 2014.