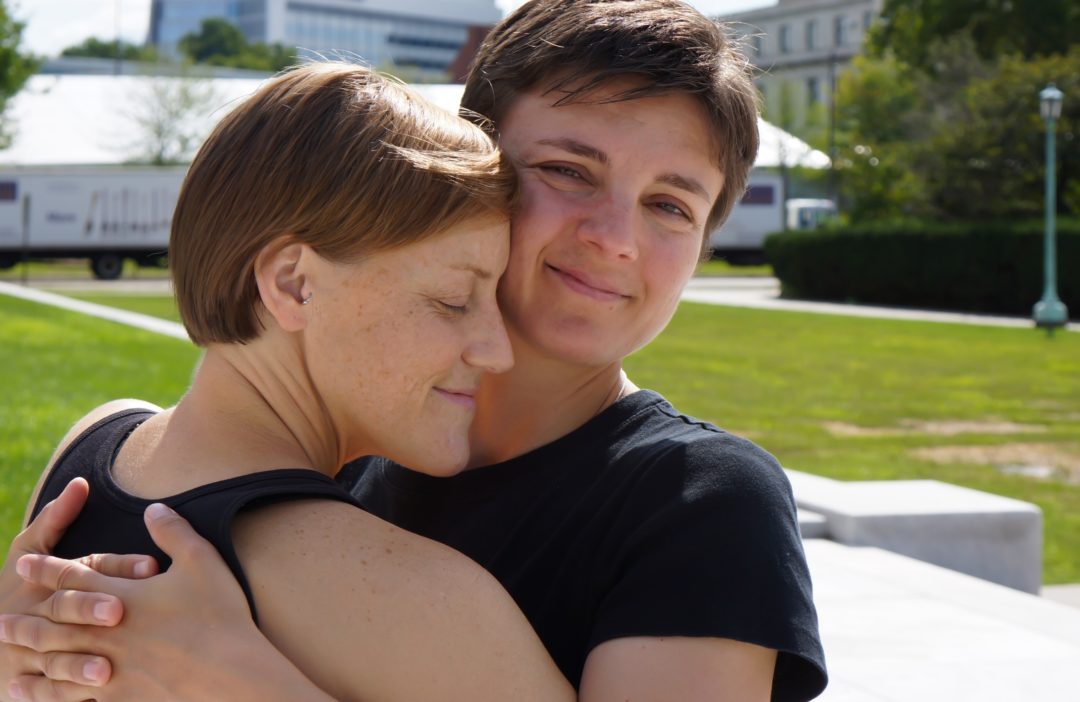 Katerina was born in Tashkent, Uzbekistan, in 1974, when it was still a republic of the former Soviet Union. She was the only child of Alexander Blinov, an architect, and Olga Grinberg, a structural engineer.

At age 19, Katerina and her mother left the Soviet Union in 1993 and immigrated to the United States, joining their extended family living in Oakland, California. Katerina earned a bachelor’s degree in computer science from U.C. Berkeley, and has been working as a software engineer ever since. In addition to ballroom dance, her active lifestyle embraces tennis, cycling, fitness training, and walking. For the past several years, Katerina and her girlfriend Emily Coles have been living with their beloved dog Pup in the Eureka Valley neighborhood of San Francisco.