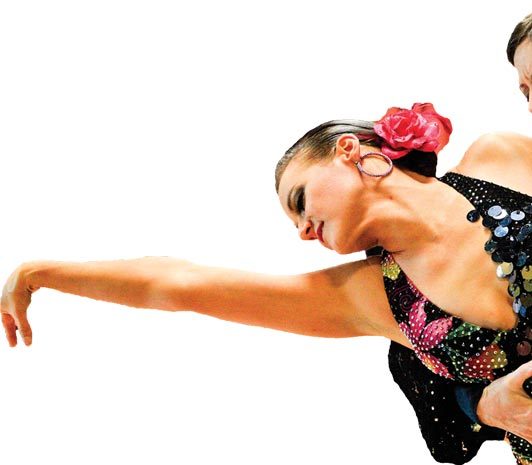 Kieren Jameson is a native of New Zealand and moved to the U.S. in 1997. She has no formal dance background, but 15 years ago, she took a women’s salsa class and instantly became hooked. In short order, she was totally addicted: “I like to say that dance is my drug.”

Kieren claims that she has very bad coordination and, strangely enough, is a major “klutz” at team sports. But when the music is going, “maybe it has to do with that part of your brain that takes over, because suddenly I’m not a klutz anymore.” She and dance partner, Emily Coles, hooked up in 2009 and competed together not only in the US, but in Copenhagen, Cologne, Rotterdam, London, and Budapest.  They held first place titles as North American Women’s Dance champions in both International Standard and Latin. They also competed at Gay Games 2014.

In her day job, Kieren has been a gifted IT professional for over 20 years and currently works as Trailhead Editor at Salesforce, where her passion for coding and other arcane activities are put to perfect use.