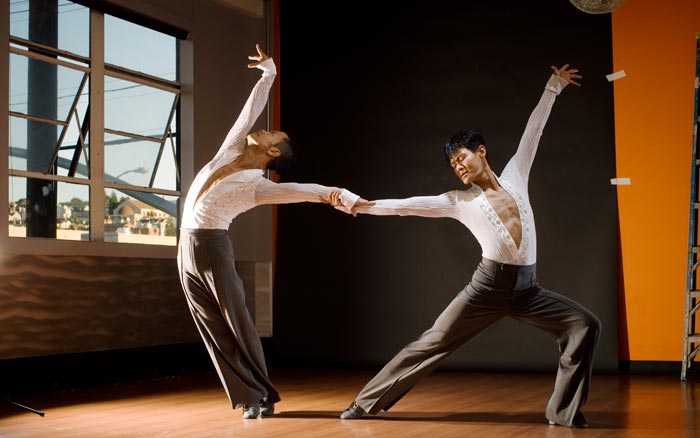 Chris Phan wanted to become a dance instructor in college. As he puts it, “That didn’t go through, so I ended up being an engineer.” He works as a Civil Engineer by day and pursues his passion for ballroom dance in his off hours.

Chris grew up in Vietnam and moved to the United States in 1990 at the age of 16. (His aunt sponsored his family.) At 28 years old, he was introduced to the world of mainstream partner dance and started to compete Pro/Am in the American Rhythm and Latin divisions. In 2007, he competed in his first same-sex dance competition and won the U.S. National Title two months later in Orlando, Florida.

Beginning in 2009, Chris & dance partner Jose Comoda competed in the Men’s Latin division and consistently made the A-class finals at all major same-sex dance competitions in the U.S. and Europe. They were California State Champions (three years in a row), North American Champions (2012), and Gay Games gold medalists (2010). They  once again captured first place finish in Men’s Senior Latin at the Eurogames 2012 in Budapest, which marked their farewell competition as a dance couple.